Jeremy Johnson is dreaming of the jury’s verdict every night…wishing for a “Not Guilty” verdict.   But what’s the probability of a criminal defendant actually beating the FEDs?

The US Department of Justice reported a 93% conviction rate in 2012 for all criminal defendants.   The odds are clearly stacked against defendants.
In this case, Jeremy Johnson like so many other direct marketers, has been treated by the government as if he was guilty and will never have the opportunity to prove his innocence…if indeed he was innocent.
The FTC froze of of Johnson’s bank accounts and seized all of his assets at the time that they filed their action against him, forcing Johnson into insolvency.  This is what is often referred to as a government “forfeiture” and is one of the scariest things that could happen to a direct marketer.   So without any capital on hand, Johnson was unable to retain a good defense team and had to opt for the help from the public defenders office.
So, for the past 3 weeks, Johnson has taken the path forward in representing himself.   When you think about it, his chances of beating the FEDs are probably highest by self-representation, because a public defender is pretty much a guaranteed loss in a case of this magnitude.
Right now there’s closing arguments happening in the case, and Johnson is making them himself with his 2 co-defendants.   Johnson’s evidence has shown that CardFlex, the ISO that was helping him get merchant processing, clearly guided Johnson on how to structure the shell corps to obtain processing…but even though CardFlex may have guided Johnson on this structure – which the Government contends is not true – at the end of the day creating dozens of shell corps to acquire Visa/Mastercard merchant accounts for the purpose of staying below chargeback thresholds is still a crime.
The jury is scheduled to receive the case later today.   If Johnson is found Not Guilty he still has to face the FTC civil case, and if he is not found liable there…well, will he get all of his property back?   The property that has long been seized?
It’s an interesting thought but the chances of Johnson beating both the criminal and civil case is about as likely as hitting double green zero on a roulette table 2x in a row.   We shall see, the jury’s verdict is coming down the pipeline soon….
What do you think?
[Total: 0 Average: 0]
Share
Tweet
Share
0 Shares
Show More
Share
Facebook Twitter LinkedIn Tumblr Pinterest Reddit VKontakte Odnoklassniki Pocket Share via Email Print 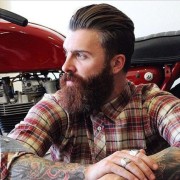 Mobile Friendly Sites to get Bump in Google Rankings