Marketing managers usually have a pretty good gut feel for their program costs. When it comes to affiliate, it is not uncommon for them to believe that their program is underperforming.

Many believe that the overall cost of their affiliate program is too high, and that this cost is being driven in part by an inappropriate commission structure that values lower-quality affiliates, such as coupon sites, loyalty sites and toolbar sites, just as highly as content-based and other high-quality sites that drive high percentages of new customers. It can be difficult, however, for marketing managers to pinpoint where the costs really are too high and where they are appropriate. It’s also challenging to quantify the differences between low-quality and high-quality affiliates in a way that clearly shows the differences in their performance, especially in large programs with hundreds or thousands of active affiliates.

In these cases, a method known as “tier analysis” can be used to both break down which affiliates are not contributing value commensurate to their cost and to estimate the amount of savings that can be realized by adjusting a program’s commission structure.

There are two ways to perform a tier analysis: 1) the quick and dirty way, which mostly uses conversion rates to create tiers; and 2) the thorough way, which combines quantitative data like conversion rates with qualitative data, such as “Is the affiliate brand relevant?” and “Is it clear how the affiliate is driving traffic?” Most of the time, a quick and dirty analysis should be done first, and then if there is smoke a more thorough pass can be done to find the fire. Whichever method is chosen, the process is largely the same, only the level of due diligence is lesser or greater.

Here is a short example. Below are a few fictional sample affiliates of a fictional online outdoor gear retailer that usually converts in the 2.5% to 3% range.

The first step is to go one by one through the affiliates and to place them in Tier 1 or Tier 2.

• BestOutdoorStuff.com: Appears to be brand relevant. In a quick analysis, the URL may suffice, but looking at the site verifies that they are what they seem to be and that they have a lot of content on the site. Converts in the normal range of the merchant. By all accounts appears to be legitimately sending at least some incremental customers. Tier 1.

• Couponsrus.com: Typical coupon site, not brand relevant. Converts at a rate much greater than normal— 7X+ normal, in fact. In a quick and dirty analysis, the conversion rate alone is probably enough to make a decision, but looking at the site reveals that they have expired coupons posted and are making “free shipping” seem like a promotion when in fact the merchant always offers free shipping. Not fraudulent or illegitimate, but is doing nothing to generate incremental traffic. Tier 2, and is being incorrectly paid a higher commission rate based on its volume.

• RockClimbingGearDeals.com: Appears to be brand relevant. In fact, in looking at the site, it is a great affiliate working hard to promote the merchant proactively. And it is generating a decent number of clicks. So why a conversion rate so far below normal? It is very likely that coupon sites like Couponsrus.com are overriding this site’s cookies, denying it the commissions it deserves for originating the traffic. As a result, it is very likely the affiliate will stop promoting the merchant since it is not making any money. Tier 1.

• Takeahike.com: Initially seems like it should be a good fit based on the URL and the normal conversion rate. The quick review method would probably make it a Tier 1. However, in actually looking at the site, it is clear that something is not right. There is no content, and nothing that indicates how it is sending traffic. Tier 2, pending further investigation.

From here, it is then possible to model the numbers to determine the potential savings if commissions to Tier 2 affiliates are reduced. In this case, the low-quality affiliate Couponsrus.com is receiving a 12% commission despite not contributing much value. If that commission is changed to 2%, the merchant would save $2,975 on that affiliate alone, and that does not count the associated reduction in affiliate network fees. Now imagine this merchant has a $10 million program and 100 affiliates like Couponsrus.com. The scale of unnecessary program costs that can be identified via a tier analysis becomes clear.

Data in the affiliate channel can be deceiving. Affiliates like Couponsrus.com are everywhere and in pretty much in every program, and can appear to be valuable based on their sales. However, through the relatively simple exercise of placing affiliates into tiers, it usually becomes readily apparent just how much is being spent unnecessarily on commissions and network fees for affiliates that, upon examination, just aren’t worth the money.

What CPA Networks Are Shutting Down Next

Why Influencer Marketing is A Scam

How Russians Hijacked P-rnHub Ads to Infect Users With Malware

What CPA Networks Are Shutting Down Next

Why Influencer Marketing is A Scam

How Russians Hijacked P-rnHub Ads to Infect Users With Malware 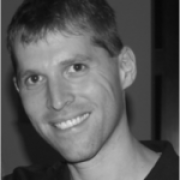 Robert Glazer is the founder of Acceleration Partners, a digital strategy and marketing agency for rapidly-growing consumer products and services companies. Acceleration Partners manages some of the industry’s top-performing affiliate marketing programs including adidas, Shutterfly, Tiny Prints, One King’s Lane, Blurb, Tea Collection, Shoedazzle, and Layla Grace. He is also a board member of the Performance Marketing Association.

Did You Know There is a Email Marketing Exchange?

Spending More on Media Buying Could Go a Long Way

Online Marijuana Advertising is Ready for 2019

Infographic: How The Elderly Use The Internet?